What to know about St. Patrick’s Day

St. Patrick’s day (or St. Paddy’s Day) is a big religious festival of Catholics that has its roots in Ireland. In the last years, the celebrations gained significance also in other countries, especially in the US and UK. Just like St. Valentines Day, St. Patrick’s Day commemorates the death of the revered patronized Irish saint named “St. Patrick”. So, what is the legend behind St. Patrick / St. Paddy? Why is there a festival in his name and how is the day celebrated? What to know about St. Patrick’s Day GoHolidayGift.com

The story of St. Patrick

The man was born (in the latter half of the 4th century) to Roman parents in Scotland or Roman England (opinions regarding the place of birth are conflicting). He was previously known by the name Maewyn Succat. Later, he was given a Romanicized name Patricius leading to him being known as Patrick.

The kidnapping of St. Patrick

He was originally a pagan (a non-believer of Christianity). While he was a child, he was kidnapped and sold as a slave to the Celtic Druids who then ruled entire Ireland. During that stage of life, his attitude and beliefs towards God started changing. After 6 years, he escaped from this slavery when he dreamt of God giving him instructions on how to. He was taught priesthood in France. When he became even a bishop, he had again a dream of Irish people calling him and requiring his services.

Following this vocation, he returned to Ireland with the firm belief of converting pagans to Christians. Even though he was arrested by the Celtic Druids several times, he managed every time to escape and was not deterred. He actively baptized and preached Christianity. He also used diplomacy like gifting people in kinglets and gifting lawgivers. For 20 years he had traveled throughout Ireland, establishing monasteries across the country. He also founded schools and churches which would aid him in his conversion.

When is St. Patrick’s Day celebrated?

St. Patrick’s Day is celebrated on 17th March every year. However, festivities can take up to a week. And depending on when 17th March is during the week celebrations might take place at weekends rather than mid-week.

How is St. Patrick’s Day celebrated?

As a sign of the celebration, many Irish people wear a bunch of shamrock on their lapels or caps on St. Patrick’s Day, while children often wear tricolored (green, white, and orange) badges. Girls traditionally wore green ribbons in their hair (many still do).

A three-leafed Shamrock clover was used by St. Patrick to represent the trinity, meaning God the father, son Jesus, and Holy Spirit; also shamrock was considered to bring luck by Irish people. The shamrock then was also used by the Irish as a mark of nationalism when the English invaded the Celtics. Thus, a shamrock is given a lot of reverence in Ireland. Leprechauns or Irish fairy people are also associated with St. Patrick’s festival. As part of Irish mythology, a leprechaun is a kind of elf said to inhabit the island of Ireland.

In former years, the St. Patrick’s Day celebrations in Dublin have been extended to a week-long event called St. Patrick’s Festival, encompassing spectacular fireworks (Skyfest), a lot of open-air music, many street theaters, and the traditional St. Patrick’s Day parade. Over one million people attended the celebrations in recent years. In 2021, everything will be different, naturally and unfortunately, due to the Covid-19 pandemic.

St. Patrick’s Day is celebrated worldwide by the Irish and those of Irish descent. A major parade takes place in Dublin, as mentioned, and in most other Irish towns and villages. The three largest parades of recent years have been held in Dublin, New York, and Birmingham, England. Under normal circumstances, there are also parades in other centers of the world like London, Paris, Rome, Moscow, Beijing, Hong Kong, Singapore, and throughout the Americas.

To sum up, it can be seen that the legends revolving around St Patrick have been inseparably combined with the facts. The day always evokes the “I am Irish” sentiments along with patronizing St. Patrick for his services towards Ireland. Moreover, together they have helped us know much about the Saint and the spirit behind the celebration of the day.

While St. Patrick’s Day is not a typical “Gift-bringing-celebration” like Christmas or Birthday it might be a nice idea to bring a suitable gift to someone who invites you to celebrate St. Patrick’s Day. One of my most successful gifts for these opportunities was a book I have found a few years ago. It is called “Irish Blessings & Proverbs: The Best Irish Blessings & Irish Proverbs”. It has always been warmly welcomed by whomever I gifted it. I mean, what can be a better (St. Patrick’s Day) gift idea than a blessing?

For smaller kids I have found some activity books they can play with and allow the parents a few quiet minutes: If none of the above suits you, I have one last tip: Just choose anything green! 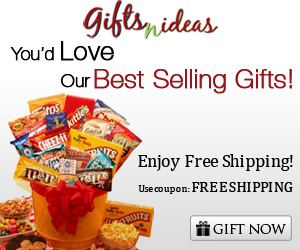